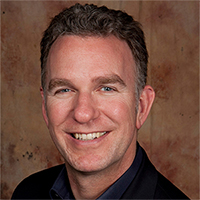 Jay has built a broad foundation of expertise in the restaurant industry of over 30 years. During his corporate days, Jay worked with several QSR companies. He worked with BLIMPIE during their growth years, helping take the chain from 100 to 2000 units. In addition, he worked with McDonald’s Corporation in a regional leadership position and oversaw the implementation of new initiatives including McCafé into 650 restaurants in the southeast. At My Friend’s Place Deli, Jay oversees new restaurant development and brand strategy.

Jay has a B.S. in Political Science from the University of Louisville and earned a CFM certification from the International Food Service Executives Association. He is also a graduate of McDonald’s Hamburger University. Currently, he is serving on the board of directors of the Georgia Restaurant Association and a member of the Foodservice Consultants Society International. He is also the owner of Goliath Consulting Group and Goliath Restaurant Management that are based in Norcross, GA.